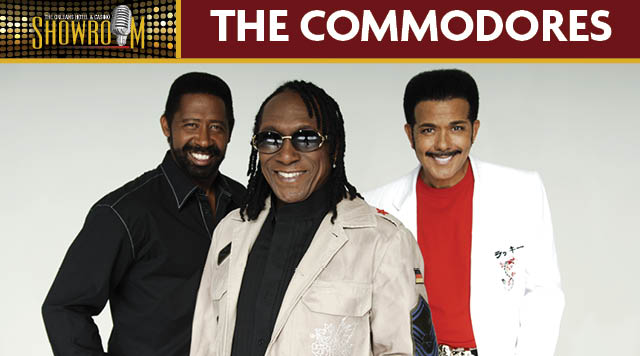 The Commodores at the Orleans Showroom

From the beginning at Tuskegee Institute in 1968, the Commodores were known as ‘smart guys’. But they were funky, too. Smart and funky enough to open for the Jackson 5, to be discovered by Berry Gordy in the process, and to sell more than 60 million records for Motown. They were its largest selling act for two decades, the 70’s and 80’s. The Commodores racked up a string of hits including “Machine Gun”, “Brick House”, “Easy”, “Three Times A Lady”, “Sail On”, “Oh No”, “Slippery When Wet”, “To Hot Ta Trot”, and many others that literally moved an entire generation. Success, however, was not enough to save them from the changes in the music scene, or most especially, the music business. The departure in 1983 of Lionel Richie, co-lead vocalist along with Walter “Clyde” Orange, might have sunk a lesser group.

The successful Commodores of the present have not only produced six new albums, and embarked upon a worldwide tour, but have created their own record label, Commodores Records and Entertainment. Today the Commodores stand not only as talented and successful musicians but as artists determined to continue their success into the future.