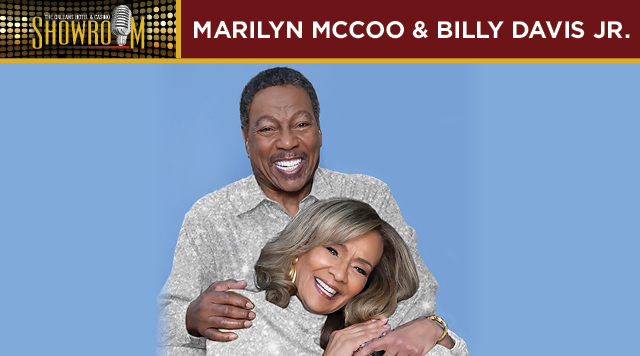 Starring Marilyn McCoo & Billy Davis, Jr.
February 12, 2022 • 8:00pm Orleans Showroom Buy Tickets(Opens in a new window)
Marilyn McCoo and Billy Davis, Jr., are the Original Stars and lead singers of the legendary group, The 5th Dimension, where they launched Champagne and Pop Soul Classics, including "Up, Up and Away," "Aquarius/Let the Sunshine In," "Worst That Could Happen," "Stoned Soul Picnic," "Sweet Blindness," "Wedding Bell Blues," and "One Less Bell to Answer." After leaving The 5th Dimension, Marilyn and Billy recorded "You Don't Have to be a Star (to Be in My Show)," a chart topping number 1 record, which won them their 7th Grammy Award and a network television variety show on CBS. "The Marilyn McCoo and Billy Davis, Jr. Show" made TV history, with the couple being the first African-American married couple to have their own variety show.

The couple enjoys tremendous success through the years as recording artists, performers and authors. They have received 7 Grammy Awards, and earned 15 gold and 3 platinum records.