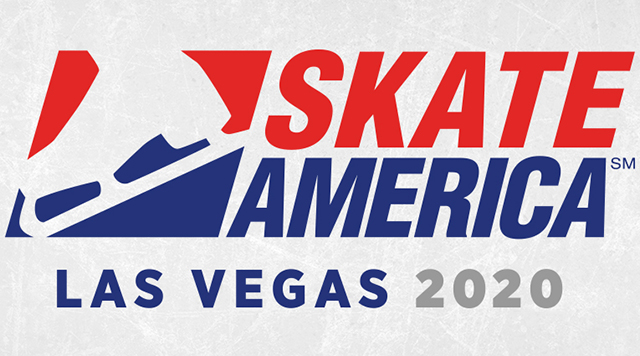 US Figure Skating
October 23, 24 & 26, 2020 2020 Skate America Website Facebook
2020 Skate America is the first event in the 2020 ISU Grand Prix of Figure Skating Series. The event will feature 60 athletes representing more than 10 countries competing over three days in ladies, men’s, pairs and ice dance. Due to the COVID-19 pandemic, and in strict accordance with the Nevada Gaming Control Board guidelines, there will be no spectators in attendance at 2020 Skate America, set for Oct. 23-25 at the Orleans Arena in Las Vegas.

NBC Sports and U.S. Figure Skating announced today the broadcast schedule for the 2020 ISU Grand Prix of Figure Skating Series, featuring more than 20 hours of coverage between October and the end of the year. Coverage will kick off with the broadcast of 2020 Skate America, which begins in primetime on NBCSN on Friday, Oct. 23 (8 p.m. – Midnight ET), continues on NBC on Saturday, Oct. 24 (3-6 p.m. ET) and concludes in primetime on Saturday, Oct. 24 (9 p.m. – Midnight ET) back on NBCSN. The entire competition, including every skater in every discipline, can be streamed live on NBCUniversal's digital streaming platform Peacock Premium. After 2020 Skate America, NBC will feature same weekend coverage of each Grand Prix Series event. A full schedule is below. A full programming schedule for this season's competitions that will take place in 2021, including the U.S. Championships and ISU Championship events, will be available later this fall. In total for the 2020-21 season, NBC Sports will present nearly 100 hours of figure skating coverage on TV, with 30+ hours on NBC, and 50+ hours on NBCSN. In addition, Olympic Channel: Home of Team USA will present original programming plus encores of NBC and NBCSN figure skating coverage of several events. In addition to the Grand Prix Series, coverage will showcase the 2021 Toyota U.S. Figure Skating Championships, ISU World Figure Skating Championships 2021, ISU Four Continents Figure Skating Championships 2021 and the ISU European Figure Skating Championships 2021. Every performance from these competitions, and more, is available live and on-demand on Peacock Premium. A full schedule of figure skating coverage, including competitions on Peacock Premium, is listed below. Coverage on NBC and NBCSN is live streamed on NBCSports.com, and the NBC Sports app. Coverage on Olympic Channel: Home of Team USA is available on OlympicChannel.com, the Olympic Channel app, NBCSports.com, and the NBC Sports app. NBC Sports and U.S. Figure Skating are in the third year of a long-term media rights agreement that runs through the conclusion of the 2025-2026 season. 2020 ISU Grand Prix of Figure Skating Series Broadcast Schedule All times Eastern, check local listings, subject to change